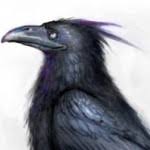 x 2,000 (100%)
x1
Holo-Me Extender
This equipment can be installed at your location to extend your Holo-Me interaction ability in CMDR rented locations outside of the Diamond Plaza Hub. It is also useful for interacting with certain characters securely, especially characters in shadow.

HoloStream Recorder
This device is essential for those wanting to film for the highest quality streams of Aisling Media, specifically The People's Media. It can also be used to start your career as a reporter by getting direct access to the live stream while on location of the action.
Consider owning one of these if you are trying to sell a story to Alicia Mellor.

Armored Trench Coat
Utility Slots: 3
This advanced trench coat integrates sophisticated defense pads for medium defense and medium style. It features 1 utility slot for defense improvements and can be worn in conjunction with armor modifiers. It is popular among mercenaries and smugglers.

x 1,800 (100%)
x1
Sight Recruit Uniform
Utility Slots: 2
Official uniform worn by all recruits in the Prismatic Imperium Branch of Sight. As an entity of the government, Sight personnel are expected to maintain their uniforms and abide by the dress code enforced by the Lord Headmaster. The uniform offers low defense and high style making it ideal for political appeal but a poor choice for combat. Wearing such uniform while not in active service to the Branch of Sight is a high offense.

x 100 (100%)
x2
Federal Laser Rifle
Medium Thermal Weapon
+++ Damage
Built for use by Federal Soldiers, this battle weapon will bring the strength of corporate controlled democracy on your foes without sacrificing the comfort of the weapon grip. It can fire quickly and rarely needs to recharge, though it inflicts medium damage.

x 1,000 (100%)
x1
Fragmentation Grenade
Heavy Explosive Weapon
+++ Damage
This single use device can ensure a great deal of damage to a rather large area. It is recommended that a solder restocks prior to any engagement.