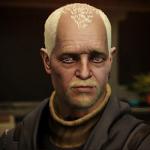 ⛭ Military Grade: Arts of Mars
This neural augment contains a full library of combat techniques contained exclusively within a muscle memory profile. This enables the user to quickly master martial arts in five disciplines though routine practice is highly recommended. The program is dependable during a fight or flight response situation. Utility programs can be installed in a utility drive slot and does not conflict with other brands.

x 7,000 (100%)
Black Market 340 Wetdrive
This small implant is a neural augmentation computer that assists the brain. It can be discreet or obvious based on the interests of the user. Depending on the program disks installed it can perform a wide range of functions. This model has one Utility slot.

Program Slots: 0
Dedicated Utility Slots: 1
💀 [Unregistered or illegal wet drives are harmful to the user if not distributed from a trusted source.] x 220 (44%)
Holo-Me Extender
This equipment can be installed at your location to extend your Holo-Me interaction ability in CMDR rented locations outside of the Diamond Plaza Hub. It is also useful for interacting with certain characters securely, especially characters in shadow. x 500 (100%)
Herculean Data Bank
This sixteen pound commercial storage device can hold 100 Yottabytes worth of encrypted data making it the largest durable memory bank available. It is designed to be compatible with Jick Nackson Enterprises software for CMDRs with space vessels, or within a corporate computer terminal. They are not intended for portable use.

[Memory Banks are required for storing data packages which can be delivered to a mission provider.] [Memory Banks are required for storing data packages which can be delivered to a mission provider. You can access the information using NOTE while the bank is equipped.]

x 3,000 (100%)
Super Jacket
Utility Slots: 4
This special armored jacket is the standard defense unit for tactical operations providing high defense and low style. It features 4 utility slots for defense improvements and can be worn in conjunction with armor modifiers. It is popular among soldiers and mercenaries. Obsidian SMG
Light Kinetic Weapon
+++ Damage
This rare SMG design was utilized by the Tyrant Thorn Mercenaries lead by Hallos Williams during their pledge to Monty Erickson and the Varangian Syndicate. It is designed by Dawley Kinetics as a custom order to unleash electronically fired rounds rapidly with a minimal loss of accuracy. This model is painted obsidian black. It is easy to reload, though it does low damage.

[Memory Banks are required for storing data packages which can be delivered to a mission provider. You can access the information using NOTE while the bank is equipped.]

x 5,700 (95%)
Combat Drone
Medium Kinetic Weapon | Manual Control
++ Damage | 500m Range | 8hr Battery
This device is an instrument of war. Despite its large size it is reasonable enough to be carried by the user and features twin multi-cannons, point defense, and basic sensors. While not the most agile, the drone does a superb job of defending the user while laying down suppression fire on hostiles. This drone can work for 8 hours at a time and reach 500 meters from the user.

x 10,600 (106%)
Zero-G Thrusters Advanced
For those interested in a career or hobby requiring great agility in low gravity environments, this device is a must. While ineffective in gravity greater than 1g, it is the best of its kind in space. It will give you a gain against hostilities also using thrusters as these excel in power and micro adjustments, something that cheaper models are not capable of. The only limitation is bulky weight when planet side as it carries a significant amount of fuel.

x 1,230 (82%)
S3 Mongoose Drone
Heavy Thermal/Explosive Weapon | Auto/Man
++++ Damage | 10km Range | 48hr Battery
This huge drone stands 4 meters tall on four mechanical legs. It is armed with two heavy assault beamers and two rocket pods making it rival the Goliath Drone in attack power. It must be deployed at a combat zone being far too large to carry. It prioritizes close ranged enemies and can also detect and eliminate other drones. It can sometimes destroy small fighters in the air.

x 65,000 (100%)
Chain Gun
Heavy Kinetic Weapon
++++ Damage
This chain fed multi-cannon is effective for suppressing the opposition where accuracy is no concern. It is heavy and takes a substantial amount of time to reload but it inflicts high damage. x 4,700 (94%)
Force Projector
Heavy Force Weapon
+++++++++ Damage
This heavy tool is commonly used to forcefully break through ship canopies and unarmored walls. While terrible as a weapon against mobile enemies the projector can be pressed against a surface to blast it with tremendous force, generally breaking through it. It takes time to reload the force canister but is effective at creating new passages, getting past common doors, smashing walker drones, and capturing ships.

x 12,000 (100%)
Tactical Boots
Classified as an armor modifier, this equipment is heavily armored giving the user significant protection from kinetic and explosive attacks. While it reduces agility, when combined with tactical jackets it will improve strength. Reaver Ebony Shield
Heavy Kinetic Defense
++++++ Defense
This legendary shield of Patrick Rivers' private bodyguard is an incredibly heavy armor that will repel all heavy attacks almost indefinitely. It is made from black painted titanium and composite armor. The only drawbacks are the cumbersome weight and lack of sustainable and rechargeable thermal defense. Considering the drawbacks, the shield is immune to EMP.
💀 [Exo-Suit recommended for this object]

Installed in a utility slot, this small device will map out landscapes and structures and store the information in a memory device. It can allow the user to see building layouts during combat missions and occasionally give an explorer valuable insight to the environment. It will not detect people or animals.

Installed in a utility slot, this small device will detect encrypted communication data and decipher it before storing information in a memory device and shared with a squad. It can also help prevent hostile viruses and hack into active or recent transmissions at the cost of heat buildup.

Installed in a utility slot, this small device will quickly recharge personal shield devices and some weapon types. The device will last through a mission without maintenance if used properly. It takes some time to cool down after use or the user risks causing a meltdown.

Installed in a utility slot, this small device will quickly recharge personal shield devices and some weapon types. The device will last through a mission without maintenance if used properly. It takes some time to cool down after use or the user risks causing a meltdown.

x 1,000 (100%)
Shock Grenade
Heavy Force Weapon
+ Damage
This single use device can throw opponents to the ground with a massive shockwave of force. It is also effective against aerial drones as the force will crash them.

x 50 (100%)
Fragmentation Grenade
Heavy Explosive Weapon
+++ Damage
This single use device can ensure a great deal of damage to a rather large area. It is recommended that a solder restocks prior to any engagement.

x 300 (100%)
RemLock Pack
This kit can be a real lifesaver as it is the most advanced technology for prolonging life in an event of decompression. It has preserved lives of pilots blown out into space without a pressurized suit, though it is not recommended for such extremes.

[This item is used during decompression. Disposable items are consumed after a single use.]

x 100 (100%)
Arachnid Spawn Grenade
Continuously Expanding Bio-weapon
++++++++++ Damage
Created by Senator Adonis Manu, this small containment pod houses a hundred rapidly reproducing gene-mod spiders which awaken when the grenade bursts. The quickly growing spider population will embed into organisms and turn their bodies into a breeding ground in seconds, leaving behind a husk. New spiders will leave trails of silk as they search for victims and die once all organisms are consumed or have reached an 11th generation.
💀 [May warrant shoot on sight if discovered]
💀 [User will die if within 300 meters] 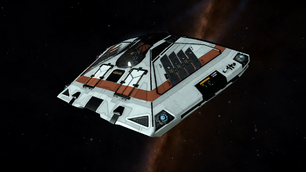